I am a lover of quality design. Beauty and aesthetics are something that appeal to me personally and I feel that they are (or certainly should be) important to all aspects of everyday life. One of the ways I express this interest in design is in my love for the design of football boots and footwear in general. It is perhaps important to highlight here that I am a British citizen of Nigerian origin.

So I was therefore, extremely upset to see, on my favourite football boot blog’s post of a limited edition Nike release celebrating ‘Black History Month’ that someone had posted: “Black history? Celebrating the history of a race that shows no initiative and has been stationary since the beginning of the time. Sounds like Affirmative Action doing its work.” Of course I was furious with this. It was clear after reading   the subsequent  exchange of comments, that the original comment was by a right wing individual, who came out with comments such as: “those who left Africa thousands of years ago are the ones who dreamt the dreams of living in beautiful societies with architecture and classical art/music rather than living in mud huts with no running water and barely enough food to live off .”

This got me thinking of the undeniably poor state that the Continent and specifically my Motherland Nigeria is in, and how as Africans we can easily be construed condemned as people from a world that is old and bygone, lazily languishing in a pool of political unrest, corruption and instability. However, I started thinking of modern day examples of innovative and creative African, African-American and Anglo-African figures and realised - we are not a stationary race, devoid of any initiative.

First, if one observes black history for longer than a month, addressing the rich and expansive tapestry that is our history before colonialism and before the various civil rights movements of the 20th century (which are the only forms of black history taught in our schools), it is almost unthinkable to see the black race in the same way.  Not to mention other things such as the popular music industry which is full of extremely successful African and African American artists - indeed a lot of popular modern music forms derive from Western Africa.

The president of the most powerful nation in the world is a Black male and he is certainly not living in a ‘mud hut.’ There is an array of world renowned African authors and writers such as Maya Angelou, Wole Soyinka, Chinua Achebe, Ben Okri and the leading feminist Chimamanda Ngozi Adichie. And in terms of Art and design an African list includes names such as the Turner Prize winning Chris Ofili or Kudzanai Chiurai, Meschac Gaba, Turner prize nominee Lynette Yiadom-Boakye, leading architect David Adjaye OBE and my personal favourite Yinka Shonibare OBE. 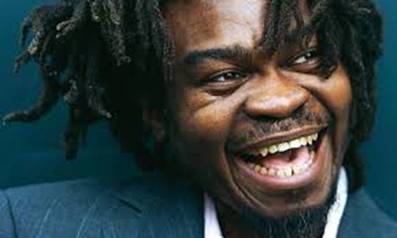 Yinka Shonibare is a particular inspiration to me.  He is the embodiment of African innovation, creativity and brilliance. His work in particular reminds me that as a people, when scrutinized, Africans can be seen as a race that is not stationary and lacking of initiative, but indeed are a group of people with a rich, colourful and expansive history, who remain creative and positive whilst enduring through constant backdrops of civil unrest, hardship, calamity, corruption and pain, whether self-inflicted or caused by the greater powers that be in the modern world.

Yinka Shonibare, MBE, (born 1962) is Anglo-Nigerian (like me). He also lives in London (as I do) and he ‘explores cultural identity, colonialism and post-colonialism within the contemporary context of globalisation.’ He does so using various media including painting, sculpture, photography and, more recently, film and performance. ‘Using this wide range of

There are no products in your shopping cart.

No ad viewed yet.